Had a good turn out of 15, and filled the room. Good conversation, and I showed pictures from the Dayton Hamfest in May, as well as pix and video from the 75th Anniversary of D-Day in Normandy France. as well as a few pictures fro Paris and London all visited in a three week trip that American Express is still sending” thanks" to me for.

The next Brunch is scheduled for the third Saturday, July 20th …. but stay tuned for the announcement in case there are changes.

All in all a great day at the Spitfire, and hopefully see you all next month.

The June picture … took a little longer since I had to do photoshop for 4 folks, and they still appear to be in one piece: 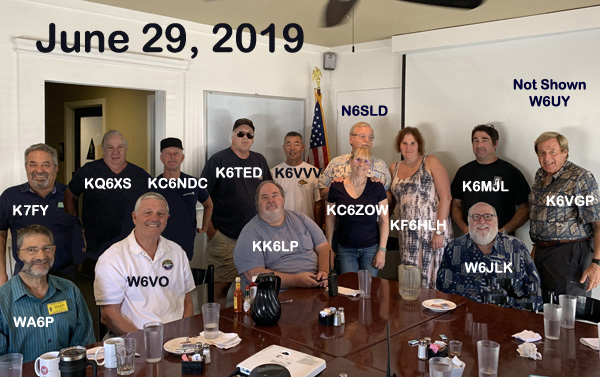