We had another good turn out of 13, including  Lew AC6LS  as well as Roy and Shelley … N6SLD and KC6ZOW who haven’t  been in a while. … Good to see you all. I was able to show the best of the CES shots I took in Vegas January and speak to the new technology at the show, and repeated some of the Christmas market pictures and video from the Prague Czech Republic Christmas market in December …..

We had a really good time, with the topics all over the place as usual, as represented by all the many different folks, interests and experiences in the room …. and as usual the last of the conversationalists left at about 3 pm.

Next month is up in the air …. John has sold the Spitfire Grill and it will be closed for a short refurb in March, it is supposed to be back up in April as the Cloverfield Cafe … which was the old name of the airport. Word has it that the new owners are happy with the bookings on the list and we will continue as we are but with new ownership. The employees said they were staying on staff, so it seems they just want to pick up where John left off and continue …  we will see!

Stay tuned for an announcement about March and onward …. 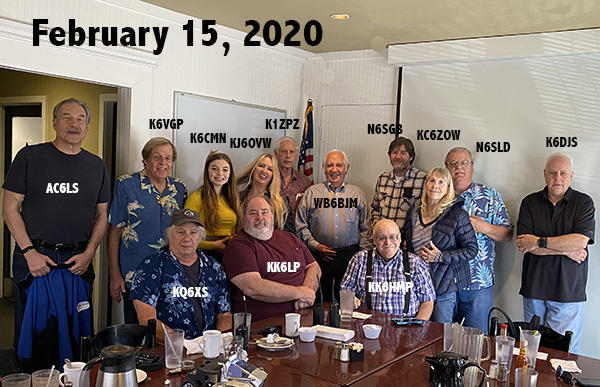